You are viewing your public profile. 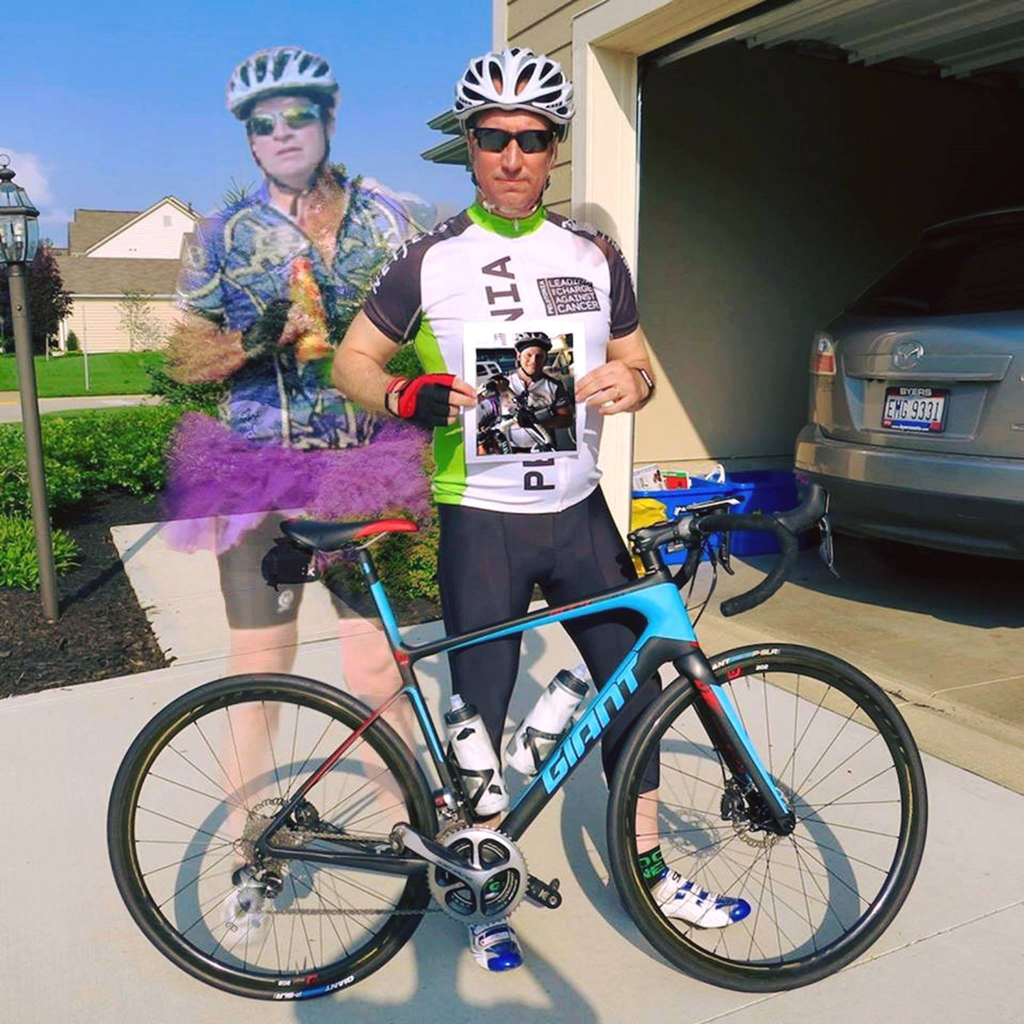 In support of innovative cancer research, My Pelotonia is to:

Pelotonia 2019 was more than just Pelotonia weekend. It started in the Spring of last year with our group training rides that we dedicated to loved ones affected by cancer...those who have survived cancer, those currently battling cancer and those taken much too soon.

It’s difficult to put into words what last year’s Pelotonia season and the weekend of Pelotonia meant to me. There was the usual excitement and anticipation leading up to the ride but there was also heartache and sorrow. It began with the loss of a very special young man, Drew George.

On June 19th, 2019 I attended the calling hours for Drew and, as I sat in the parking lot of the funeral home to gather my thoughts, I was left with 2 things: 1.) We still have so much work to do to bring an END to cancer! 2.) Drew George DID NOT lose to cancer!

Years ago, I used to think of cancer in terms of winning or losing. However, even then, I never liked the phrase: "_______ lost their battle with cancer." Instead, I prefer the way Stuart Scott thought of it when he said: "When you die, it does not mean that you lose to cancer. You beat cancer by how you live, why you live and in the manner in which you live."

That evening, I witnessed hundreds of people pouring into the funeral home...all of them with love in their hearts for Drew George. It was quite apparent just how much Drew impacted everyone he interacted with during his life. In his 21 years on earth, Drew positively impacted so many people through his examples of strength, courage, compassion and faith. If we all were to strive to impact others' lives the way Drew George did, the world would definitely be a better place. I continue to be blown away by the determination, faith, grace and love that Drew’s family has demonstrated during an incredibly difficult time. Drew served as a HUGE inspiration to me and that inspiration helped carry me to the finish of my 200-mile bike ride in Pelotonia 2019.

2019 was also the last year that I was able to ride "In Honor" of my mom. This year, I will be riding "In Memory" of mom. After 3 1/2 years and an exhaustive variety of treatments, mom made the most difficult decision that any person with terminal cancer could make…to stop treatment. When she made that very difficult decision, I told her it was just as courageous as continuing to fight. In the end, it was her way of living out what time she had remaining on her terms. Mom died in the early morning hours of October 24th. I have struggled more than I ever thought imaginable from this loss. However, mom's passing has also served to motivate me even more to bring an END to cancer!

Since the inaugural ride in 2009, I have ridden every mile of Pelotonia, including my 1000-mile weeklong ride the first year and the extra miles I have ridden in the past to bring my friends into the finish on Day 1 of Pelotonia - that's 3,118 miles over the past 11 Pelotonia bike rides.

Once again, I have committed to go the distance this year. While Pelotonia 2020 may be different due to the pandemic, I will be honoring my mom, Drew, my cousin Rebecca, my friends Matt Lewis, Dan Weisenbach and countless other friends and family affected by cancer.

I have been participating in endurance events (marathons, ultra marathons and long distance bike rides) for the past 22 years to help raise critical funds for cancer research. Throughout this journey, friends, family, co-workers and even complete strangers have supported me through their generous donations. Since 1998, they have helped me raise over $218,000 for cancer research, including $80,017 for Pelotonia!

There has always been ONE GOAL associated with Pelotonia - END CANCER! My goal in riding this year is that, someday soon, when people hear the words: "You have cancer" it won't be followed by the words my mom heard: "I'm sorry, there is no cure." I have no doubt that many lives have been saved as a result of the funds I have raised over the past two decades. However, as the primary caregiver for mom during the final 3 years of her life, I was reminded daily that we still have miles to go to get to a World Without Cancer!

If you would like to help me achieve this goal for my family and friends and the loved ones in your life who have been affected by cancer, please click on the donate button above to make a donation.

No donation is too big or too small and 100% of your donation goes directly to fund cancer research.

In closing, here is a link to a video that I created to capture the essence of Pelotonia 2019 and what it meant to me. Thanks for your support! It means more to me than you could ever imagine.